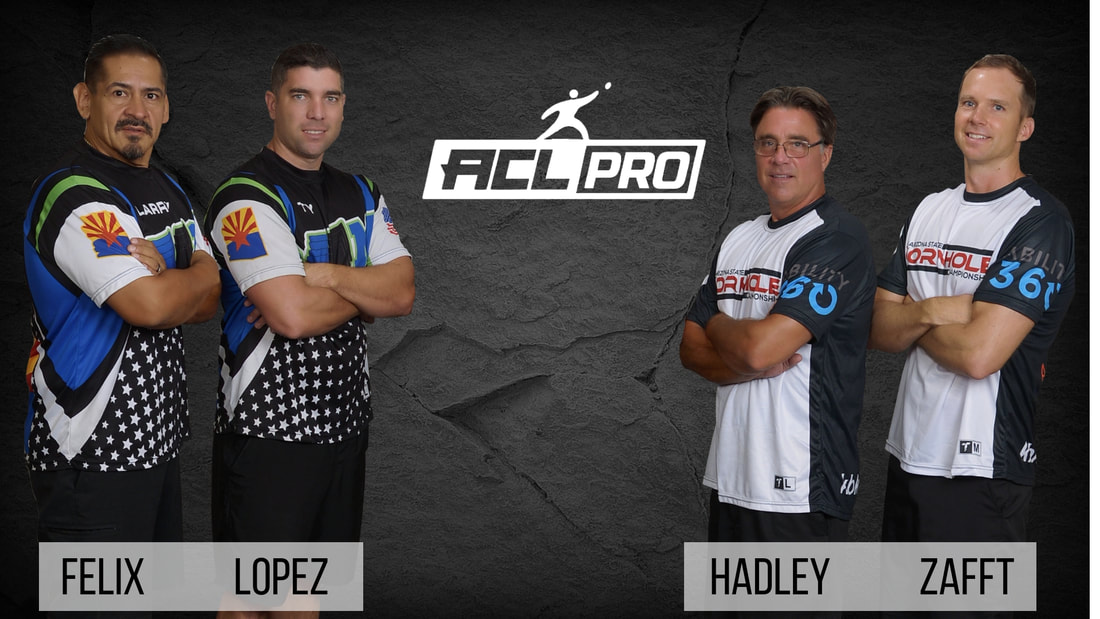 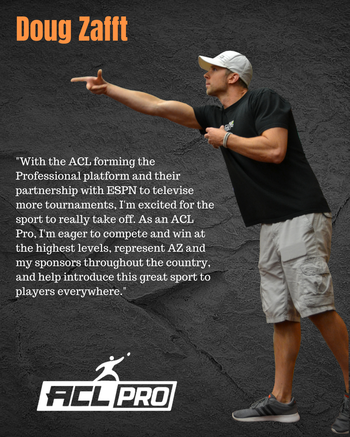 Doug got started throwing bags, like most players, in the backyard at a weekend BBQ party. Once he tried it, he was hooked. Shortly after that experience, Doug built his first set of boards (seen here on the Cornhole Wikipedia page) so that he could play more often with friends in the back yard.

Doug started playing competitive cornhole in 2007. As a former NCAA Division 1 swimmer and Olympic Trials qualifier, he enjoys competing at the highest levels possible. With his swimming career behind him, cornhole offered him a competitive outlet in a fun and social way. He loves traveling to competitive events where he meets incredible people that have built this cornhole community. 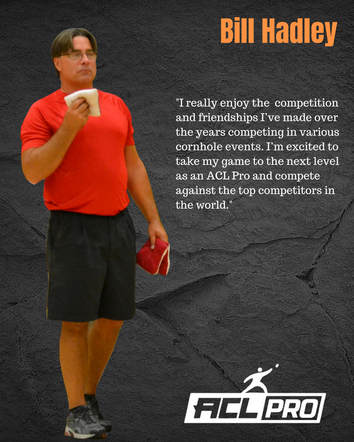 Originally from Chicago, Bill began playing organized Horseshoe events in local tournaments during the mid 1990’s where he won the Illinois State Championship two years in a row. This led him to compete in three World Horseshoe Championships.

Around 2005, Bill was introduced to “bags”, as it's known in the Chicago-area, where he, his two sons and their friends would challenge each other well into the night. Bill relocated to Arizona in 2011 but it wasn't until 2013, that he started playing in organized cornhole tournaments. The competition and people he met while playing are what "hooked" him to the sport. 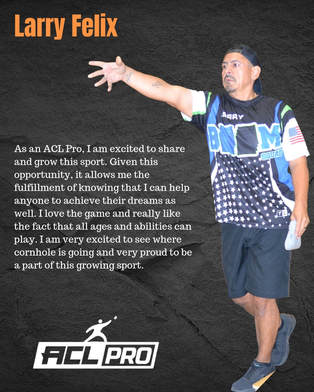 Larry was introduced to the sport of cornhole by his brother-in-law and ACL Pro partner, Ty Lopez. The two started playing in the backyard and, as is the story of so many players, he was hooked!

Larry's local rise in the cornhole ranks has been impressive to say the least. Starting out in the lowest division in early 2017, Larry is now one of the top players in the state and the entire southwest, recently knocking off the two-time Arizona State Singles Champion in the opening event of the 2018-19 season. This victory followed up a 3rd place finish, out of 80+ teams, in the 2018 Arizona State Doubles Championships.

Larry grew up in the small copper mining town of Winkelman, AZ, where many of the local kids were highly competitive in all sports, especially baseball where they can brag about their state championships and the MLB players they produced.  This environment is where he got his start in competitive sports. Once he graduated, Larry moved to Phoenix where he started his career in Information Technology where he is now an IT manager for a major corporation in Chandler, Arizona. 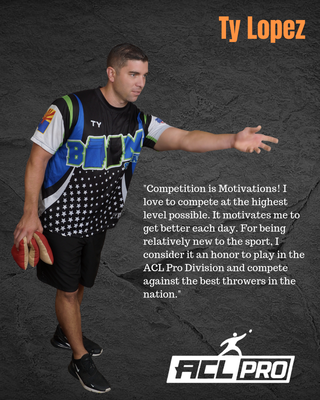 Ty was born and raised in Arizona. He grew up competing in all different sports but his main sport was wrestling, winning back-to-back Arizona State Wrestling Championships.

Once Ty's wrestling career ended, he started playing competitive softball and it's here where he learned about the game of cornhole. His team members would often throw bags after their games for fun.

Feeding off of his competitive spirit, Ty and his brother-in-law (and ACL Pro teammate, Larry) entered a local fundraiser cornhole tournament in 2017 and cruised past the field to victory. Thinking they were highly-skill "baggers", the two joined an organized group of cornhole players, they were quickly dominated, finding out that their skills were very limited.

This motivated Ty (and Larry) and he began dedicating practice time nightly to improve his skills, often throwing late into the night, practicing a variety of shots and techniques that he knew was necessary for competitive play.  This impressive self-discipline helped Ty achieve quick success. In his first year, Ty moved rapidly up the rankings. After less than a year of playing in competitive events, Ty finished 2nd place, out of 140 players, in the 2018 Arizona State Singles Championships and 3rd place, out of 80+ teams, in the 2018 Arizona State Doubles Championships.