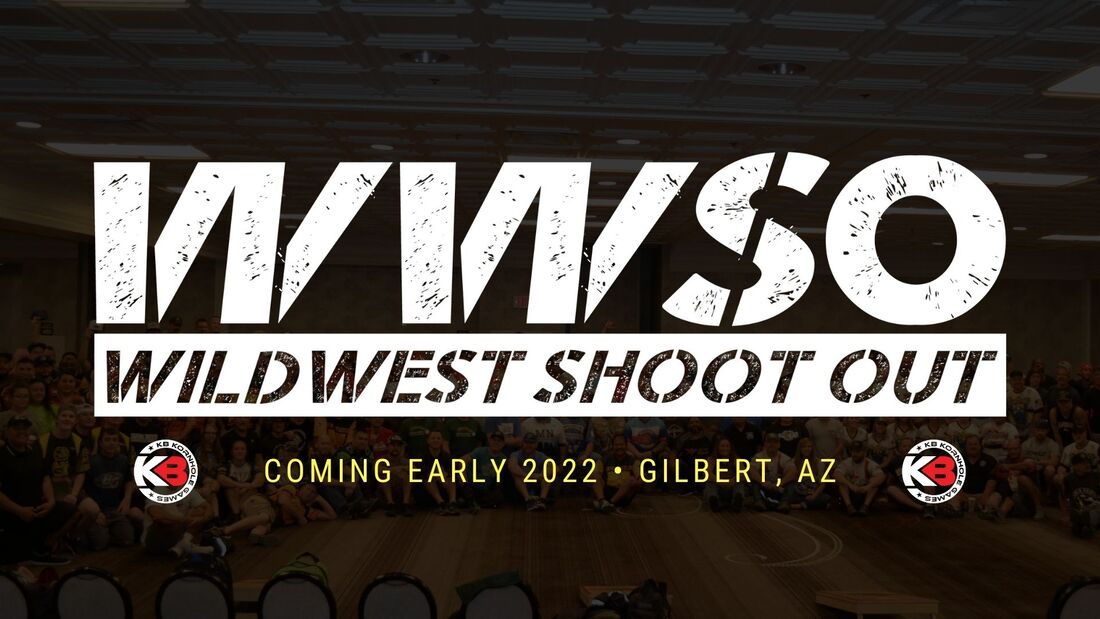 Come join us in Gilbert, AZ for the ALL NEW Wild West Shootout Cornhole Tournament. It's the same great name but a brand new format where teams from all over the west compete for the Wild West Shoot Out [CHANGE THIS FROM TROPHY TO SOMETHING ELSE]

Each team will consist of SIX players with a minimum of two female players on each team. There is a MAXIMUM OF 40 TEAMS for this event. All players on the team must live in the same state. There are six different events and each player on the team will get to compete in four of those events for a total of 20 games, minimum. Final standings for each event will help the teams accumulate points for the overall WWSO score.

Players can use any bags that are on the APPROVED ACL list. We will loan bags (no charge) for anyone who doesn't bring bags to the event.

All events earn points toward the WWSO Trophy. The teams with the most amount of cumulative points will win prize money to be split amongst the six players on the team.

Winning teams/players of each event receive:

Outside food and drinks NOT allowed. There will also be drinks and food available for purchase.

We want everyone to have a great time and enjoy themselves. We've worked hard to provide you with an exciting and memorable experience where you can come, throw bags, compete, and meet or get re-acquainted with friends. All players abide by the ACL player and fan Code of Conduct. Any conduct we deem inappropriate will result in an immediate ejection for the facility and loss of entry fees and prize money up to that point. The tournament directors have the final call.